You are here: Things to do > St Mary's Comber 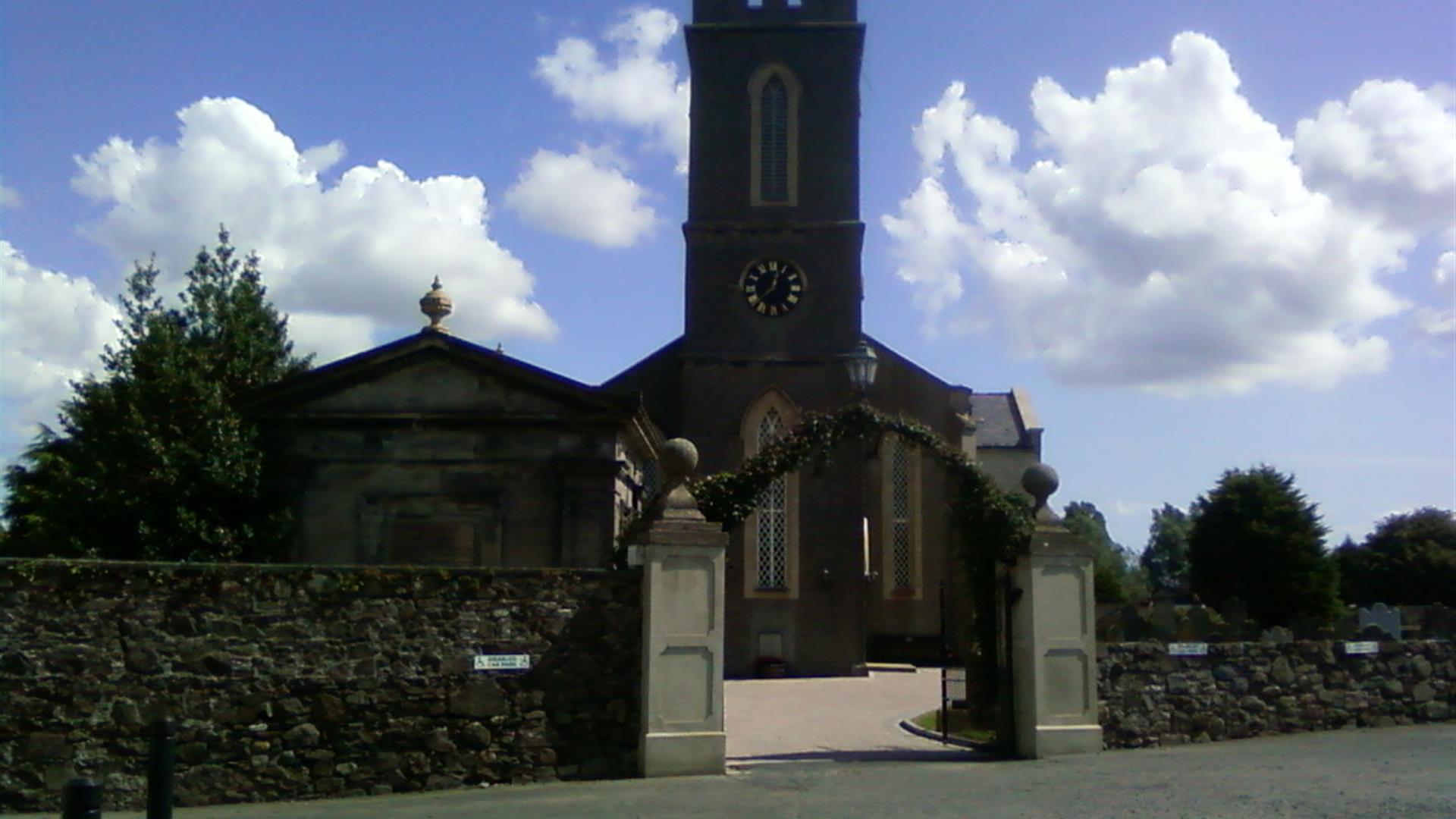 St Mary’s Parish Church can be found in a quiet corner of the town square and stands on the site of a Cistercian Abbey built in 1199. It was of similar size and architecture to the one in Greyabbey and survived until 1543 when it was closed by order of Henry VIII. The present church dates from 1840. The North Transept was added in 1912 and the South Transept added in 2008.

Study the right-hand pillar of the entrance gates which bears an interesting inscription. The names of Thomas Andrews and James Lemont, eighteenth century churchwardens, are legibly engraved into the upper stone.

Pass through the entrance and on your left you will see the Andrews Mausoleum. It contains no burials but is built over the tomb of the ancestors of Thomas Andrews, Titanic architect. Read the inscriptions on the walls of the Mausoleum. It is in need of restoration and the Andrews family have plans to complete this work, subject to funding. Take time to view the beautiful grounds surrounding the church, some of the earlier graves date back to 1600.

The interior of the church may be viewed in daylight hours and here you will see exhibited nineteen stones from Comber Abbey under the care of the Northern Ireland Environment Agency. Of major importance is a monument to three members of the York Fencibles regiment killed at the Battle of Saintfield in 1798. They are Captain Chetwynd, Lieutenant Unite and Ensign Sparks. The minister of the church at that time, Reverend Robert Mortimer, was also killed at the Battle. There are many other interesting memorials around the church, as well as some beautiful examples of stained glass. The stained glass window in the South Transept depicts scenes from the history of Comber and surrounding area.

The town of Comber is situated in a lovely part of Northern Ireland with plenty to do and explore locally. Comber itself is of course famous for the Comber Potato and Thomas Andrews who designed the Titanic.