You are here: Things to do > Donaghadee Moat and Camera Obscura 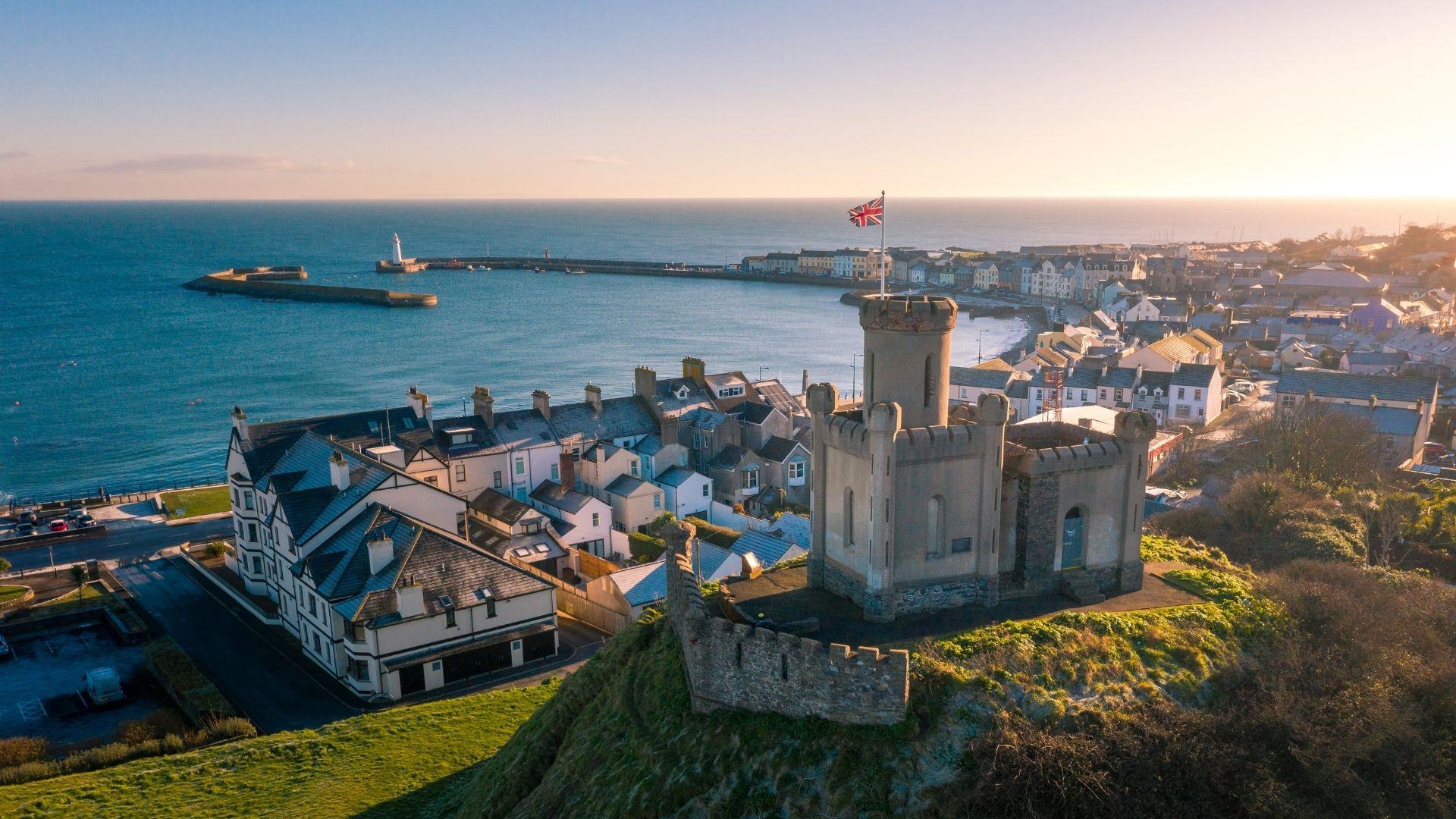 Known locally as The Moat, Donaghadee Motte was constructed by the Anglo-Normans in the late 12th century. Circa 1821 a picturesque castle, the Gunpowder Store, was built on top of the Motte to store explosives during the building of the ‘new’ harbour. Both are owned by Ards and North Down Borough Council and are protected heritage assets: the Motte and surrounding ground are Scheduled Monument, and the Gunpowder Store is a Listed Building.

In 2021 the Gunpowder Store was conserved and restored under the Donaghadee Townscape Heritage Initiative funded by National Heritage Lottery Fund and Ards and North Down Borough Council.

The Motte is one of the largest in Ulster.

The Gunpowder Store is now home to the only accessible Camera Obscura on the island of Ireland. Camera Obscura is an ancient optical device, it lets light in through a small opening on one side and projects a reversed and invested image on the other.

Donaghadee Motte is open to the public every weekend from 10am – 4pm (closed for lunch from 12.30pm – 1.15pm), from May until September. Admission is free. A maximum number of six visitors are permitted at any one time. As space is limited inside the Moat, please be aware that during busy periods, visits to the camera obscura will be limited to 1​0 minutes.

Educational groups/Organisation visits are welcome by appointment only. Bookings can be made via 0300 013 3333 (Regeneration Dept).

Please note access is via steps only. Unfenced areas, steep, sudden drop. Children to be supervised by an adult at all times. There are no toilet facilities available.

Please be informed wet, windy, mist or fog weather conditions will impact the camera obscura. It is advised to check the forecast in advance of your visit.