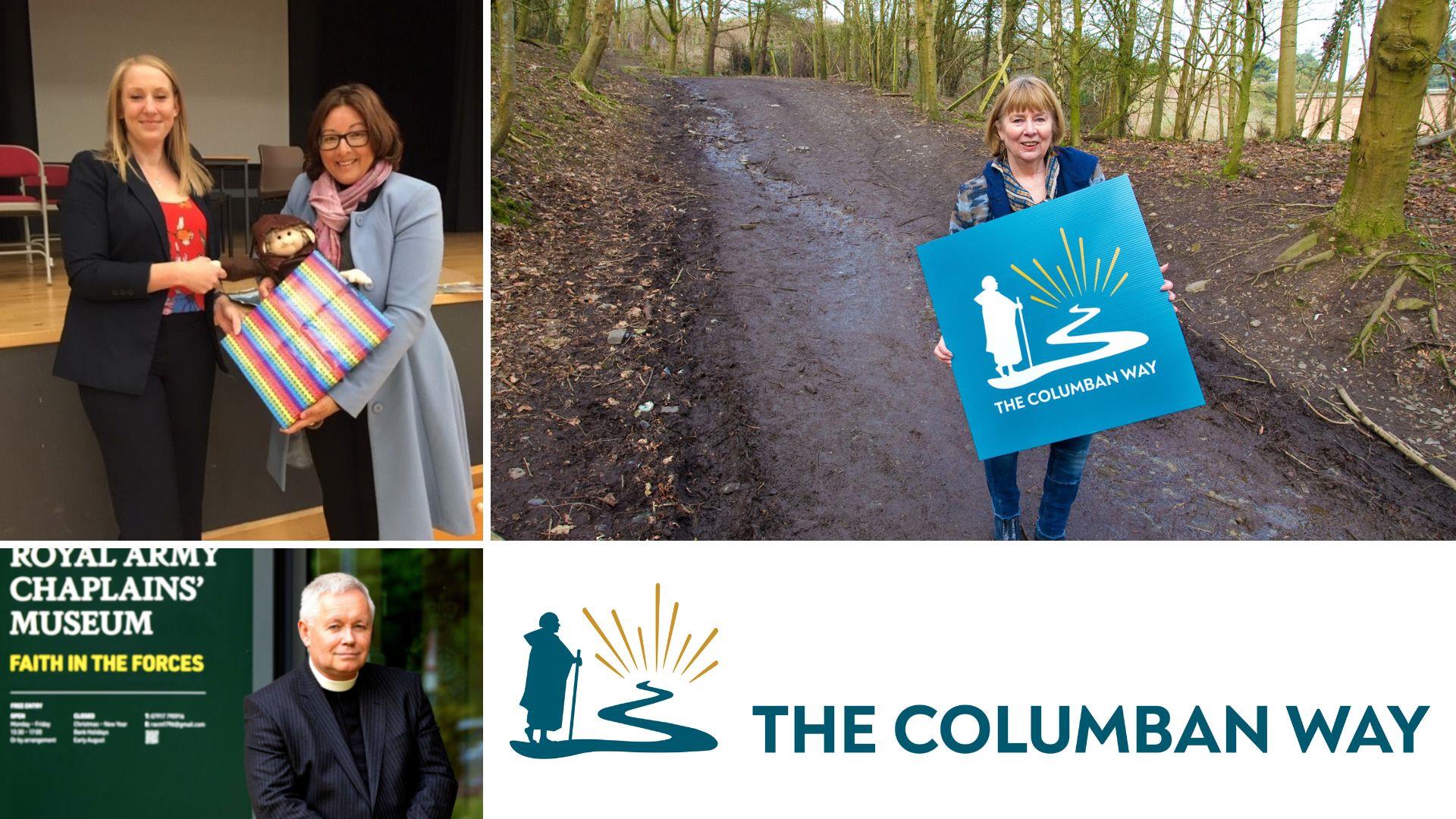 Part of the Columbanus Festival 17 - 20 November 2022, find out more about the festival here.

A festival of workshops, walks and talks will commemorate the life and legacy of Columbanus.

Talk 1: Penance and the Roots of Military Chaplaincy
Ordained in the Church of Ireland, Rev Andrew Totten OBE was an Army chaplain for 27 years. He was a padre on the ground in Bosnia, Kosovo, Iraq, and Afghanistan, and became an Honorary Chaplain to The Queen. His final post as Principal of the Armed Forces’ Chaplaincy Centre involved the creation of a new museum at the Defence Academy in Oxfordshire, in which Columbanus features prominently. His talk will explain how the roots of military chaplaincy drew on a fundamental contribution by Columbanus and his fellow Irish monks.

Talk 2: Uniting People of Europe through Cultural Connections
Even after 1,400 years, the legacy of Columbanus continues to unite the people of Europe.  Deborah Girvan, chairperson of Friends of Columbanus, will illustrate how the Columban Way, a pilgrim route that traces the footsteps of Columbanus through eight European countries, is gathering momentum.  Manuela Bertoncini from the Green Butterflies, Italy, will explain how cultural projects through education, music, song, and sport is connecting groups and organisations from Bangor to Bobbio.

A light lunch will be provided after the talks.

Note: Prices are a guide only and may change on a daily basis.

Sorry, this event has passed

© 2023 Ards and North Down Borough Council. All Rights Reserved